A Guide to Mental Health Care for People Who Are Transgender

Gender identities exist along a spectrum

As a default assumption, many people in Western cultures tend to view gender identity through a binary framework that assumes a female-male dichotomy. Modern American society has seen the advent of the “gender reveal party,” a celebration of one’s assignment to either the pink category or the blue category. But what has become increasingly evident in research and anecdotal data is not only do some people transition from one gender to the other, but also that there are many manifestations of gender that fall along a spectrum.

Younger generations in America are beginning to understand and embrace this perspective on gender, even though transgender people have existed across time and culture. Recognizing this shift, in 2019, Miriam Webster selected the word “they,” a gender neutral pronoun, as Word of the Year. Words related to gender identity and gender expression can be idiosyncratic and vary from person-to-person.

What are the mental health needs of transgender people?

What is Gender Dysphoria and how does it affect people who are transgender or nonbinary?

Being transgender is a healthy expression of one’s deeply held gender identity. In the past, mental health professionals have mistakenly seen diverse gender expression as a mental disorder, but this is changing. A mental disorder is a pattern of thoughts, feelings, and behaviors that results in significant distress and/or impairment in daily functioning. The various iterations of transgenderism in the Diagnostic and Statistical Manual of Mental Disorders (DSM)  have illustrated a slow deconstruction of the stigmatization and oppression of transgender people by mental health professions.

Gender Dysphoria is the current DSM 5 diagnosis for the experience of marked distress and impairment in functioning in response to the incongruence between a person’s mind and the sex they were assigned at birth.

Not all trans people experience Gender Dysphoria, and it can occur at any age. A person may know if they have Gender Dysphoria through feelings of discomfort in their own skin or fantasizing about being another gender. They may feel discomfort or disgust with their anatomy or biology (particularly at the onset of puberty).

Gender Dysphoria can begin in childhood, adolescence, or adulthood. Increased visibility of positive transgender role models and accurate information helps; older generations of transgender people lacked this exposure, which is an important component of identity development.

Mental health concerns, such as depression, anxiety, and substance abuse, often occur in tandem with Gender Dysphoria because it is pervasive and affects all aspects of life. For trans people who feel hopeless about being able to transition or attain a goal, suicide completion might be viewed as an “option.” Challenges to achieving transition goals include family resistance and being able to access medical care, (which is discussed later in this guide).

Transgender people, in my experiences, also may perceive themselves as not being able to achieve certain goals because they have internalized cisnormative standards for appearance or have misinformation about gender diversity and the process of transitioning. I have frequent conversations with trans clients who might be too focused on passing (not being perceived as trans).

How do social attitudes affect the mental health of people who are transgender?

Transgender people also experience significant challenges related to interpersonal bullying and violence, education, employment, housing, the prison system, and access to healthcare. Transphobia complicates life for gender diverse people, making the most private and personal a matter of public scrutiny. For example, transgender people have to think carefully about how, when, where, and with whom they use a public restroom due the dangers of gender policing and victimization.

Gender minority stress occurs as a result of a social environment that stigmatizes transgender people and includes discrimination, prejudice, and non-affirmation, as well as the internalization of transphobic attitudes toward oneself, nondisclosure to others, and expectations of future gender-based victimization (GBV) or rejection.

Transgender narratives and transgender communities are diverse. Gender diverse people have multiple identities, both privileged and oppressed, that interact and interplay across different social contexts over time. The experiences of Black trans men differ from their white counterparts because they must experience the stigma of being a Black man in America. Transgender women of color, who are subject to the intersection of racism, misogyny, and transphobia, are murdered and assaulted in America. People can experience multiple minority stress as a result having multiple marginalized identities. Having multiple marginalized identities has been linked to denial of health care, too. For trans people, access to gender affirming medical interventions is a matter of life and death.

What works to improve the mental health of transgender people?

The role of family and community

Family support and connection to the transgender community are resilience factors in the lives of trans people. Taking a trans person’s identity disclosure at face value is tantamount to saying: I see you. There are also support groups online and at LGBTQ centers across the nation for people of gender diverse experience. There are initiatives, like the Family Acceptance Project, that provide assistance to families and communities that might be non-affirming.

How can parents help their gender diverse children?

It is important for parents to understand that gender identity develops at a very early age, can be expressed in diverse ways, and that young people can be trusted to know and explore their gender. A common conversation I have with parents involves dispelling their belief in “it being a phase.” This is an invalidating and harmful message that feeds into internalized transphobia. I have witnessed how this belief can interfere with a young person obtaining medical interventions needed to address the incongruence they feel.

In my experiences, a youth will not better know their gender identity at age 18 than at age 11. Family acceptance can serve as a major buffer to developing mental health problems. Children and adolescents whose parents and family members affirm their identity early on have better mental health outcomes than those whose parents do not.

How can hormone therapy or surgery improve the mental health of trans people?

Hormone replacement therapy (HRT) allows a person to achieve feminizing or masculinizing effects that are created by estrogen and testosterone. There is evidence that puberty suppression for transgender adolescents is very beneficial and that transgender adults who had access to hormone blockers experienced lower suicidality.

Transgender people experience barriers to accessing health care, including family resistance, denial of health care by the provider, health insurance exclusions, and unemployment. On June 12, 2020, the President rolled back a law that prohibits discrimination on the basis of gender identity. This means that a health care provider can even refuse to treat a transgender person for COVID-19.

The National Center for Transgender Equality has great resources for navigating the stressful process of health care seeking.For those trans people who have insurance, their insurance policy may or may not include coverage for trans-specific medical care.

Historically, trans people have been required to obtain evaluations and letters from mental health providers to begin transitioning. More doctors and clinics are now providing Hormone Replacement Therapy without any gatekeeping involved. This is called informed consent.

For example, I refer HRT-seeking adults directly to medical providers who do not require a letter from me: this cuts down the expense, hassle, stigma, and hoop jumping that transgender patients routinely experience.

Letters stating a Gender Dysphoria diagnosis and medical necessity of surgery are required by both surgeons and insurance providers. Letters are still required for transgender youth to receive any medical interventions with parent consent. Some doctors specialize in transgender pediatrics, just one example being Legacy Center-Montrose in Houston. Some trans people under age 18 do undergo surgeries.

How can therapy help people who are transgender?

Therapy is not a requirement and not always necessary for someone’s gender journey. Most people arrive at their own conclusions without someone else’s help or input. Exposure to positive transgender role models and visible transgender people plays a key role. When someone is questioning their gender identity, open ended exploration with a therapist can be helpful; therapists do not declare a client’s gender identity for them, regardless of age.

What should you look for to find a trans affirmative therapist?

A therapist might note that they are a trans ally on their professional bio or listing, and display symbols of trans pride in their office, but still not provide gender affirmative therapy. Trans affirmative therapy goes beyond being “trans friendly” and requires continuing education and training in gender diversity. Therapists can unintentionally cause harm without researching trans experiences and not using trans affirmative language. Harm can occur if a therapist believes there is a singular way to be transgender, and if they operate under cisnormative assumptions about gender.

What do therapists need to know about their transgender clients?

Transgender people come to therapy to grieve a personal loss, develop better stress management, and mend damaged relationships, all apart from their gender identity. A common misstep for therapists is over focusing on the transgender part, and at the expense of addressing the client’s presenting concern(s).

Trans affirmative care also requires a therapist’s self-awareness of their own gender identity and what (if any) privilege they may hold in that regard. A therapist’s understanding of microaggressions is crucial. Microaggressions are subtle, unintentional, and indirect instances of discrimination against someone with a marginalized identity. Some trans microaggressions include being addressed with improper pronouns or one’s birth name, intrusive questions about body parts, having to constantly defend their gender identity to others (transgender identity defense stress), or being treated as exotic or unusual.

I make sure to ask for someone’s preferred name and preferred pronouns at intake, which is a way to avoid misgendering them. Misgendering occurs when a person’s gender identity is inferred by external characteristics, such as anatomy, mannerisms, voice, clothing, etc. Intake forms would also ideally have open-ended questions about gender identity with a blank space for the client to describe, or at least have options beyond the gender binary. I also make sure not to assume who a person dates or what their sexuality is.

Microaggressions have a cumulative effect and can have a deleterious impact on a person’s mental health over time, resulting in depression and suicide. Because we tend to deduce a person’s gender identity from external features, microaggressions can be constant for trans people.

Gender identity is on the inside. When therapists operate with that in mind, informed work with gender diverse people becomes possible. Combined with the therapist’s own self-exploration and challenging of any programmed gender biases, a good starting point for learning about trans affirmative mental health care is the Guidelines for Psychological Practice with Transgender and Gender Non-Conforming People.The Standards of Care for the Health of Transsexual, Transgender and Gender Non-Conforming People is also an essential part of a trans affirmative therapist’s toolkit.

It is very important to have knowledge of community resources and referrals. For example, Gender Infinity is a Houston-based network of providers and families that offers consultation, clinical services, and conferences. They also host family gatherings and have a summer camp.

As transgender health care garners more attention and support from the public, and competency on the part of clinicians, it is my personal hope that trans folks will need less of our help as mental health providers.

Dr. ks Stanley is a Licensed Clinical Psychologist in the State of Texas and has specific expertise in LGBTQI+ mental health. Learn more about Dr. Stanley.

Phoning It In: Hypnosis In The Age Of COVID-19

Walking the walk: Being an agent of change for racial equality 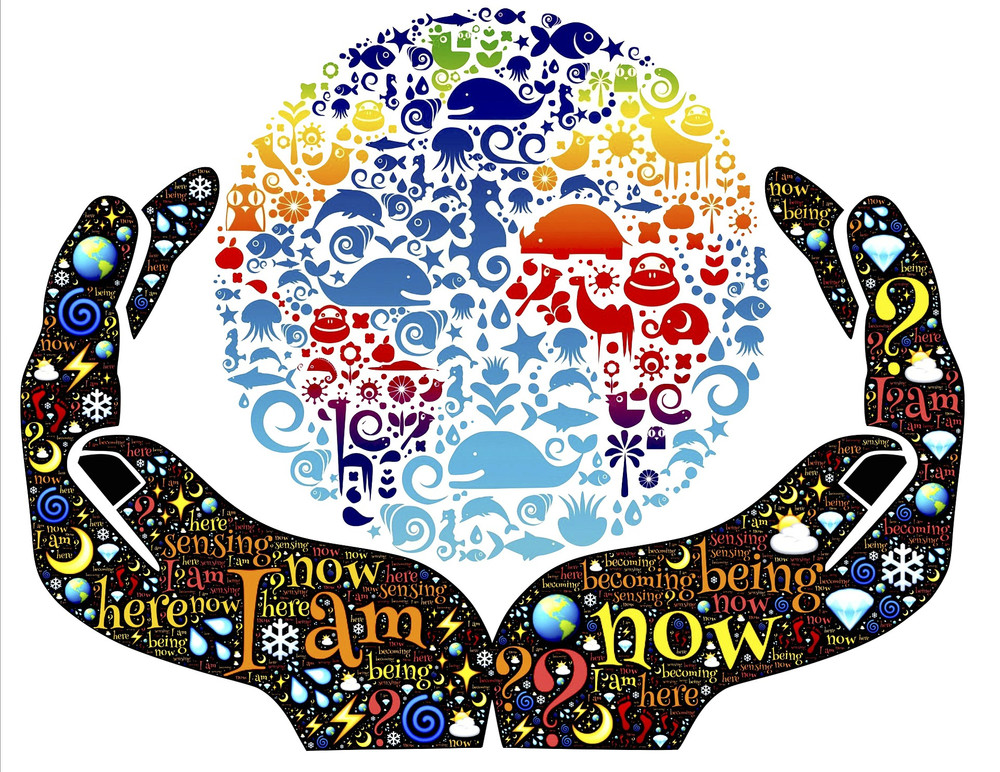 Read More
##VoicesOfTherapy
“Therapy helped me love my queer self for who I am. I learned that I didn’t need to…