Home Articles The 51-49% Factor: The Optimal Energetic Balance in an Intimate Relationship
RRelationships

The 51-49% Factor: The Optimal Energetic Balance in an Intimate Relationship

I feel that I was destined to become a ‘relationship’ therapist, to alter the course of relationships and ultimately change the world. My mother was no doubt, a factor, having drummed into my head all of my life, “Know thy self.” “Be true to yourself.” “The masses are the asses.”

Upon reflection, it has become apparent to me that although I might not have been at all aware at the time, I had developed a relationship with my Self, and that this relationship was how I kept myself sane, and able to be one of the actors on stage – a central figure fully engaged in a co-creative process and in the audience watching the show at the same time.

One thing I learned after three plus decades in clinical practice, doing individual, couples and family therapy, is that virtually all of the problems that bring people into therapy are relationship- sourced.

All the work I do is to empower the transformation of relationships by developing the relationship with Self.

Not only does the 51% establish the relationship with Self as primary, it draws an invisible line that separates one from the other.

The 49% is the maximum amount of attention and energy available to bring with you for creative purposes, as well space reserved for the other’s energy coming your way.

As the 51% fluctuates in size, the 49% piece of the pie fluctuates in the opposite direction, creating a bigger and bigger imbalance, farther and farther away from 51%-49%.  When one is bigger, the other is smaller; when one is smaller, the other is bigger; either way, the relationship suffers. The greater the disparity, the more unhealthy, non-emotionally nourishing, or dysfunctional the relationship will tend to be.

The ‘optimal energetic balance’ is when there are two separate, autonomous, full and whole unto themselves are bringing the maximum amount of attention and energy (49%) to the space of co-creation, enabling them to fully engage in the process.

‘Optimal’ doesn’t just mean optimal as in ‘optimal’ intimacy, it also implies a pre-condition, necessary for intimacy to occur, a seed that flowers into intimacy. ‘Optimal’ refers to what makes for the deepest union, when both people are separate yet highly connected when relating.

The 51-49% Factor builds on Bowen’s work. Bowen, widely considered to be the number one authority on self-development, as well as the father of family therapy, having had laid out the hierarchical infrastructure of family relationships and family systems therapy.

Bowen’s basic premise was that there are two primary (natural) forces counterbalancing each other: the force towards individuality and autonomy and a force towards connection and togetherness. The individuality force is rooted in the instinctual drive to be a self-contained, independent organism, an individual in one’s own right. The togetherness force is rooted in our basic human needs to connect and co-create (relationship).

I understood the dynamic tension (“natural forces counterbalancing”) as one and the same as, (in my words) an ever-fluctuating energetic balance that changes moment-to-moment, and varies person-to-person, and relationship-to-relationship.

The central theme in Bowen’s formulation of the stages of self-development and impact of being stuck at ‘symbiotic,’ “undifferentiated” in adult relationships was “differentiation” as the stage when the self separates from a merged, symbiotic attachment with a primary caregiver. He defined self-differentiation as one’s ability to separate one’s own intellectual and emotional functioning from that of the family.

He explained how a relationship can inhibit or promote Self-emergence. The extent to which the two Selves have emerged autonomously (“differentiated”), the healthier or more nourishing their adult relationships will turn out to be; and the more fertile the ground for both Selves to continue to grow and thrive.

Bowen described individuals with “low differentiation” as unable to see or register the boundary that separates them from one another and into two separate identities, i.e. ‘Me,’ here. ‘You,’ there.’ They cannot think or act autonomously. They are more susceptible to emotional instability and reactivity and will have more symptoms and problems.

Those with “high differentiation” better manage their own internal world and accurately read the external world. They have a wider ranging ability to adjust to changes, conflicts or charged emotions. They experience fewer acute and chronic symptoms or problems of all types.

What I deduced from Bowen was that the level of self-differentiation is the key that makes creating nourishing and intimate relationships possible, but . What a difference self-differentiation makes! – between a nourishing relationship that grows and deepens over time, or an imbalanced one, more merged or disengaged, heading in the opposite direction from the optimal energetic balance.

The 51% part of the 51-49% Factor is the “tipping point” – that determines whether the developing relationship be Self-based or Other-based. Your actions and communication will be based on how conscious and connected you are, your ability to assess your experience, truth as you determine how best to proceed. When your relationship with your Self is primary (51%), you  check-in with your Self before responding and before considering what the Other feels or wants. You’ll always be putting at least slightly more attention and energy on your Self than on the Other.

The 49% (relationship with Other) represents a slightly smaller piece of the ‘relationship pie.’ Don’t be misled by underestimating how much energy that translates to. Anyone who is hovering at 51% has 49% left over for giving and receiving.. The 49% represents the most and best you have available to give, and a humongous space for you to receive the most and best the Other can give to you.

A healthy relationship is comprised of two separate autonomous Selves, ‘me’ and ‘you,’ who build a bridge of understanding connecting them, that makes them an ‘us.’”

I think Bowen would have agreed that in order to achieve the optimal energetic balance, both individuals must have separated (“differentiated”) from their primary care givers they had depended on for sustenance and had received. In order to separate, they must be adequately fed; our need for love and connection must get met in order to grow up and be on their own. They must have a relationship with their Selves and be able to act as separate autonomous entities in order to create intimacy or connect deeply. We have to be separate before we can be connected.

“We have to be separate before we can be connected.”

We could see a relationship as two over-lapping circles, each circle represents each in relation to each Other. In numeric terms each one whole circle adds up to 100% (51 + 49% = 100%).

When you have a relationship with your Self, checking-in with your Self becomes common practice. Before responding to anyone or anything, you take a milli-second to check-in with your Self. “What am I feeling, thinking, wanting?” You are in assessment mode all the time, processing what is coming in and what is going out. Your actions taken follow from this awareness and conversations with your Self.

Your sense of wellbeing and self-worth is internally based and tends to remain constant regardless of how the other person responds (also known as being “internally located”).

For example, for me, when I am in the presence of someone I put up on a pedestal, I won’t feel as intimidated or diminished (as when I am disconnected from my Self) or wouldn’t be so inclined to act condescendingly towards those I saw as beneath me. If and when I’m pedestalized, my sense of self-worth wouldn’t inflate as it would if I was relying on external validation. If and when the other is angry or critical of me, I wouldn’t deflate or doubt myself as I would when relying on how others saw me to feel good about myself.

When you have a relationship with your Self, you have access to your infinitely rich inner world. You are able to represent your experience accurately. You’ll be more authentic when relating, which is what makes it possible to be known, seen, heard, felt understood and loved for who you are; and is what makes you attractive and magnetic.

When both people are bringing upwards of 49% to the ‘relationship table,’ the quality of their connection will be close to peaking. Both people will be giving and receiving their “juiciest” best (49%). The optimal balance is where the magic occurs – the sacred space of co-creation, where each individual’s most treasured gifts are exchanged and the deepest intimacy is achieved.

Let’s take a look at what happens when there are “fluctuating imbalances.” When one or the other number increases, the other number decreases roughly the same amount. The energetic equilibrium stays in balance. For instance, if 51% goes up to 70%, then the 49% goes down to 30%, which translates to, too much Self and to little Other. When there is only 30%, some of your essence gets lost, level of “fertility” or “connectivity quotient” goes down and irthe quality of theirconnection goes down with it. The other loses some of you and you lose some of the Other, which translates to less intimacy.

What happens when the energetic fluctuation goes the other way? If the 51% decreases to 30%, energy on the Other will increase to 70%, a shift towards “other-centered.” The Other becomes the primary focus at the expense of the relationship with Self. When the 51%  drops to 50% or below, Self is losing ground. Your ability to represent yourself is nil, the less conscious and connected to yourself you are. This s keeps you from being known, seen, heard or felt, as there will be less of you to feel. When there is less Self or relationship with Self, the Other gets a truncated version of you, and you get a truncated version of the Other. Again, in these imbalanced scenarios,  there is going to be less connectivity, “fertility” and the co-creativity potential will be coming down as well.

Whereas Bowen’s applied the stages of self-differentiation or self-development to family relationships and family therapy, I applied his theoretical framework to all significant relationships for purposes of relationship therapy and training and created The 51-49% Factor – The Optimal Energetic Balance in an Intimate Relationship as is how I understand the inner workings of relationships and the requisite conditions for intimacy to occur.

Imagine what the optimal balance could be like – to be receiving the full 49% of love and attention bestowed upon you from the Other, while the Other is receiving the full 49% of your love and attention.  The experience may be momentary, or several moments strung together. The balance is always ebbing and flowing, according to what is happening at any given moment or series of moments. Some situations lend themselves to achieving and maintaining the optimal balance, i.e. like being away together just the two of you. There are other conditions more likely to because a greater imbalance, depending on events that occur in the external world, and on the emotional reactivity or chaos that can disrupt the relationship with one’s Self.

Daniel Linder is a therapist in Texas who specializes in couples, family, group and individual therapy.

Quarantined. Now What? Relationship advice during a pandemic.

The Stages of Grief During a Pandemic 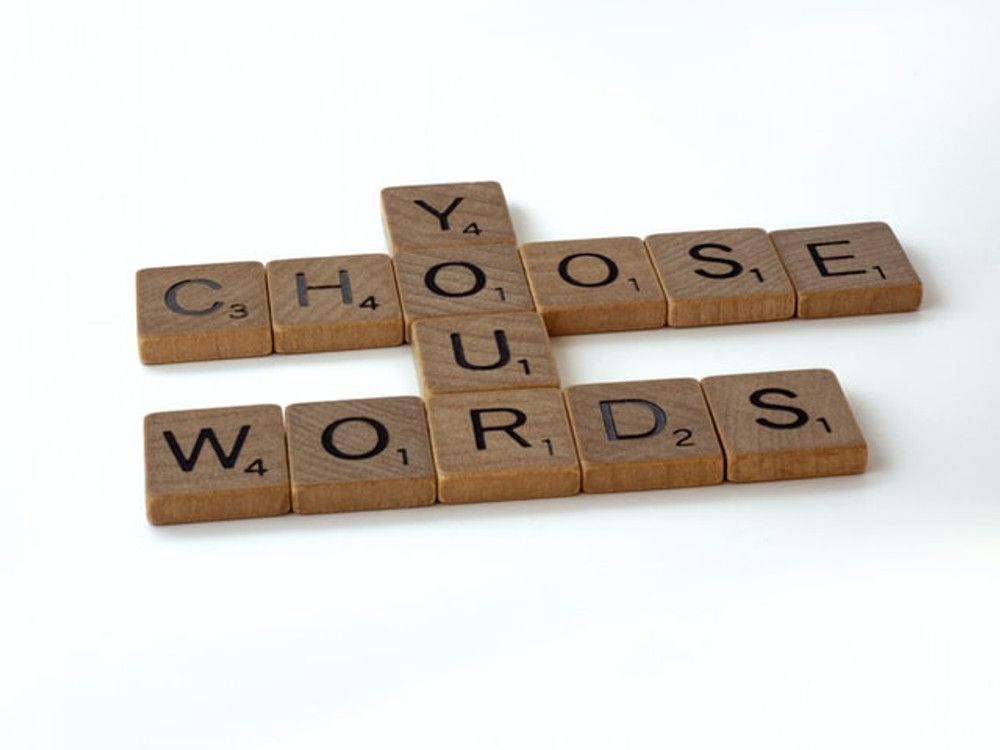 Read More
RRelationships
Being able to effectively communicate with your loved one is the foundation of any relationship. The nature of… 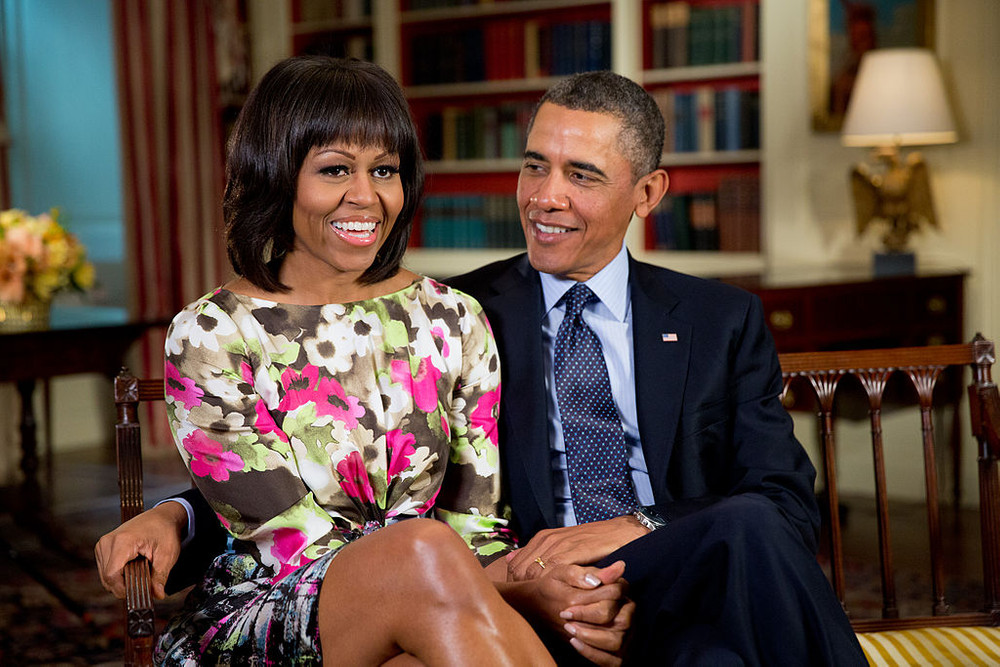 Read More
##VoicesOfTherapy
Barack and I loved each other deeply, but it was as if at the center of our relationship… 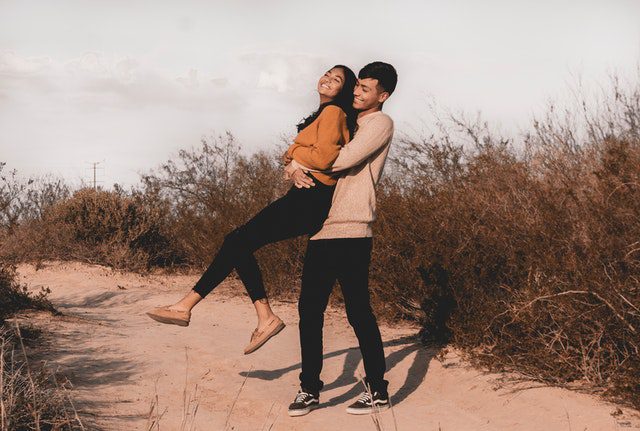 Read More
RRelationships
Emotional intimacy is a form of connection or bonding with another person. This does not just exist between…

Read More
RRelationships
As humans, we are impacted by the actions, reactions, and behavior of other humans in every moment. Think…

Read More
RRelationships
The codependent and people pleaser struggles to meet people’s expectations, struggles to say no, overcommits in an effort… 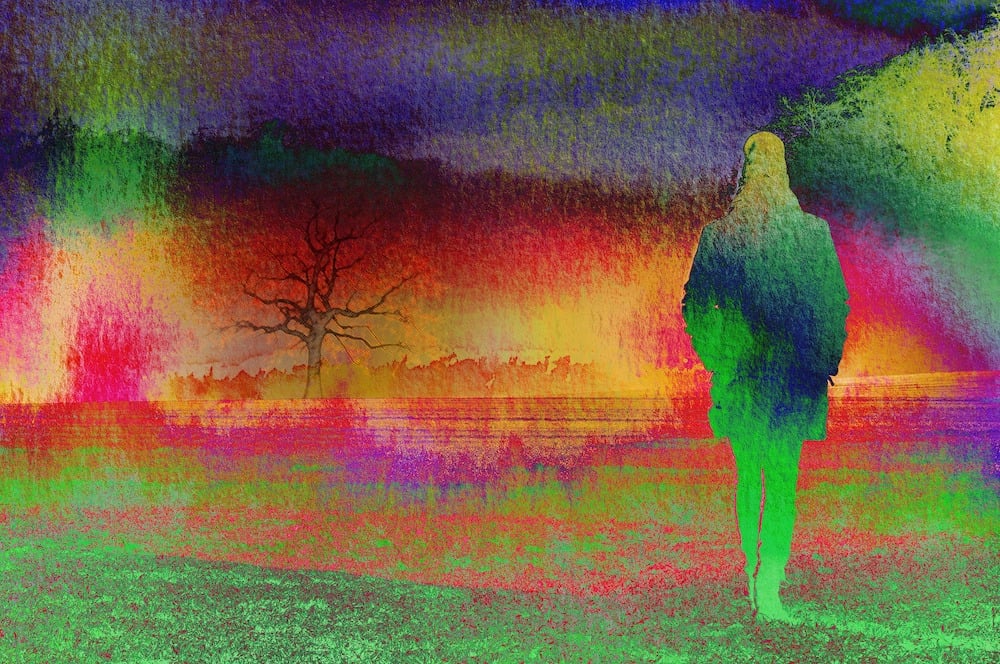 Read More
RRelationships
“Boundaries are the distance at which I can love you and me simultaneously.” – Prentis Hemphil I’ve been…

Daniel Linder is a therapist in Texas who specializes in couples, family, group and…